The Five Options of Involvency

A limited company in financial trouble has five main options.

So, the five options are: 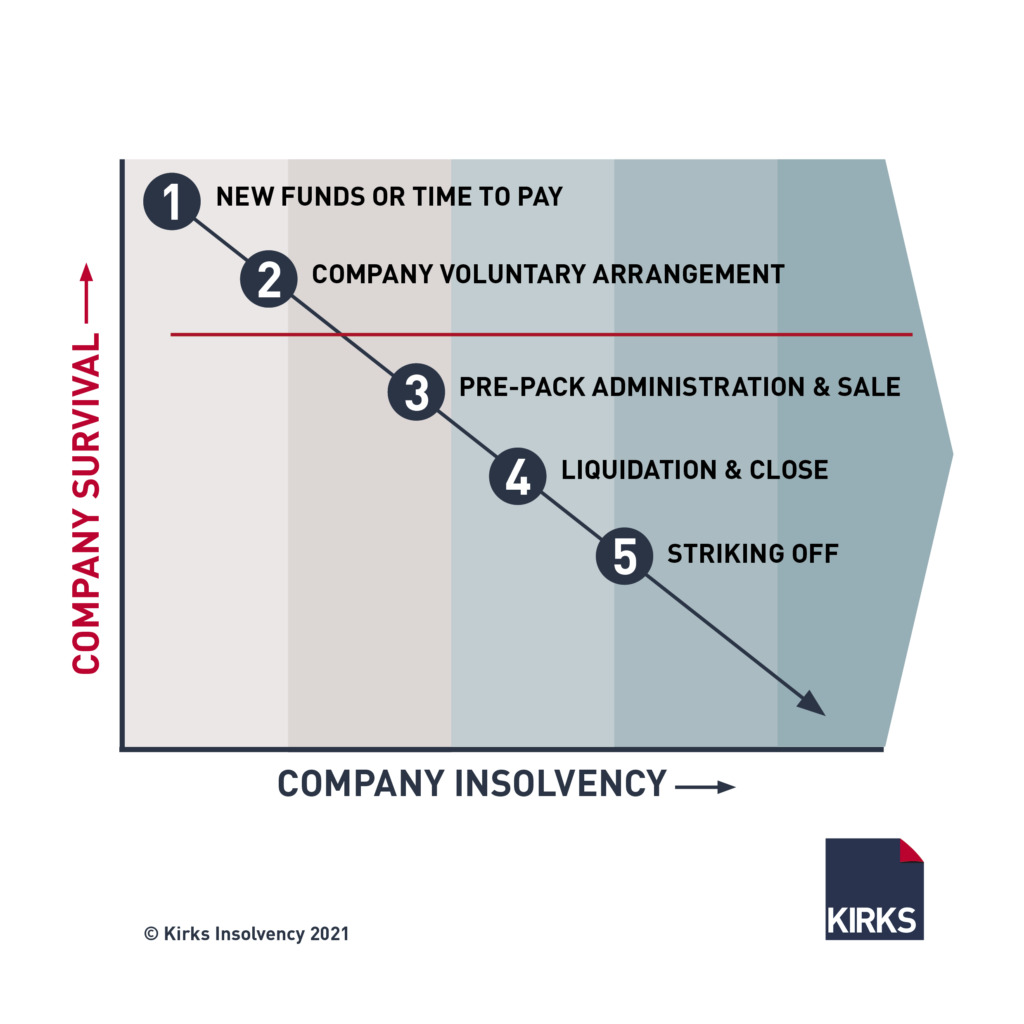 The red line marks where the limited company will survive or not.

When I first meet a new client, they often do not know what they need to do or what the options are but broadly they fall into two categories.

So what are the options in some more detail.

Often with a time to pay this means asking HM Revenue and Customs (“HMRC”) to give you 6 to 12 months to catch up with vat or PAYE arrears provided they you can keep the current payments up to date. This is reasonably easy to secure if it is the first time you have asked HMRC. Other suppliers are usually are okay if you ask them to let you have 3 to 6 months.

Put in more money – another example of this sort of situation is the shareholders or directors putting in more funds to cover a bad patch.

Example: we had a ground works company. It had £5m turnover and 30 employees. The director bought more machinery and vehicles than he really needed. There were PAYE arrears. HMRC got fed up and issued a winding up petition. I met the director and told him when that petition is advertised his bank account will be frozen. I told him to face his problems and accept he had to sell some plant – he could then pay the tax debt off. We got HMRC to give him a 3-month TTP. He survived.

Most suppliers in a CVA want cash on delivery for supplies post the CVA and the company credit rating is tarnished.

Example: a marketing firm dealing with blue chip clients who he knew they would not accept being moved to another company. So, he had to keep the existing limited company going. We got the CVA approved with him paying back £2,000 pcm. HMRC insisted he also pay back his overdrawn DLA. He made it for three years then hit another bad patch and went into liquidation.

Example: Software business with 200 shareholders. They had used up £2m of investor funds and run out of money. They had a nearly finished software product. So, we have put this into Administration knowing some of the shareholders will want the business. We have gone to best bids. What is it about software companies they always spend too much of investors’ money on office furniture.

Liquidation takes about 10 days. There is no longer a need for a creditor’s meeting unless at least 10% of creditors request it.

In my experience in liquidation we find debtor collection is always a problem. Lots of invented disputes. Sometimes we find there are illegal dividends or overdrawn loan accounts. We take a sensible approach on these, but they should be paid back to the company.

Note that more and more companies seem to owe Funding Circle – and they like to choose their own liquidator.

Surprisingly there is no TUPE in liquidation. So, employees do not transfer.

Example: bakery going 100 years. We liquidates the company and soldl them back the assets to carry on but on a smaller scale. There were 30 employees who wanted to be made redundant so they could claim from the Government fund called the RPS. The RPS pay out redundancy and other employee claims. 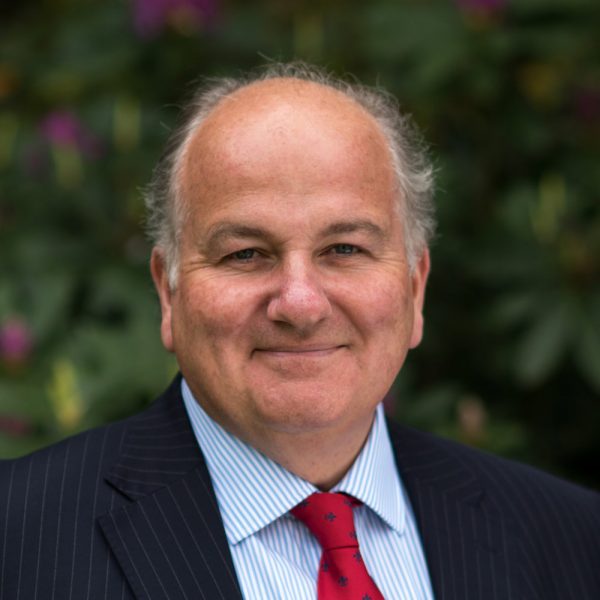 Just a quick email to say a heartfelt thank you for your very calm, considered, expert advice regarding my circumstances on Tuesday. Things looked bleak before you explained my options much more clearly, in simple layman’s terms.
Rob Elliott (14th December 2021)